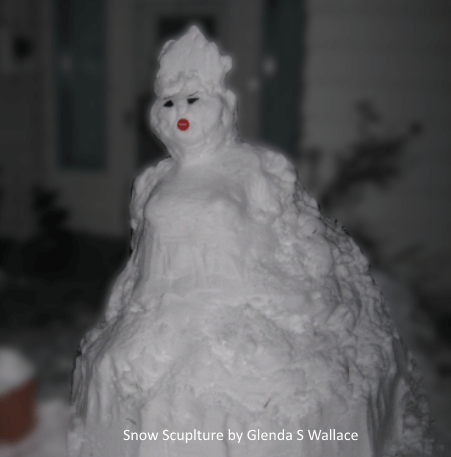 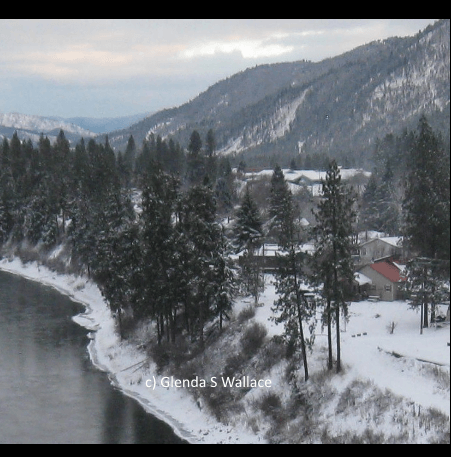 Gnarly Winter Testing Us All 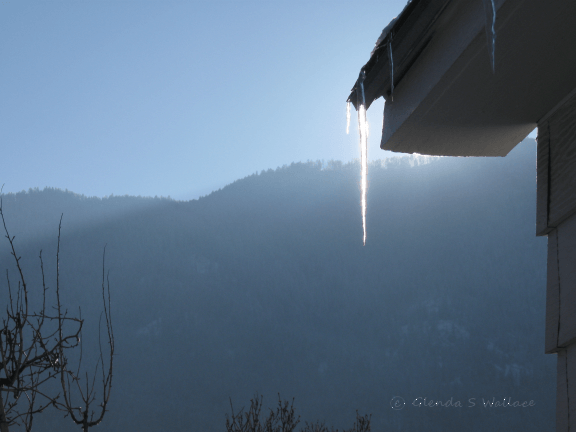 We got kinda comfortable. Well, speaking for myself, I was expecting something different.

The winters round here have been pretty “open” this last dozen years. Haven't seen a blizzard like the three that came in '88-89. Not even close. But, dang, it got cold this year. And it snowed, a lot. Didn’t count on that so much.

The snow piled up a couple feet on the picnic table and crowded towns with towering piles. Reminded us of '96-97. --Live in snow country long enough, you begin speaking of life in measurements of winter.

Truth is She was shy early on, only settled in after Thanksgiving. So no relief for the ski hills, but then the snow came. And it came. And it came…piling up on the roof, where the icicles began to dangle and a major jam began, where the heat from the house warmed the roof, melting that first layer of snow, so that a trickle ran regularly to the roofline, where it stopped, frozen and growing. A metal roof is my dream.

This snow came with cold spells that lasted a week at a time, days when the digits remained stubbornly single, or lower, and it didn’t matter that the sun was smiling warmly so far away.

Folks said to each other:  Well, maybe it’s cold enough to kill the beetles lunching on our pine-covered hills. Beetles need a long spell of really-cold fricking-frigid-temps to die. We said, die, critters, die ! May the Fire Gods be Appeased.

December, January, and most of February was snowy and cold, and then we started to get above freezing and all that snow started to melt. Flood warnings went out, and we said, please, don’t let it all go at once.

The snow on my southern exposure retreated (less so on the north), and, of course, all that water had to go somewhere -- and each night it refroze. So the icicles grew wide and long and in places they shouldn’t and the water sought its freedom through my porch roof and its meager little light fixture. Sigh.

That was late February. It’s now early March, and last week I may have seen large patches of yard, but it snowed again last night. It’s Springtime in the Rockies. The rivers and lakes will be fat and happy, and so perhaps the fishing and river guides.

Send Comments
Read Next Post
Back
It was one of those March days when the sun shines hot and the wind blows cold: when it is summer in the light, and winter in the shade.
Charles Dickens,
British Author
INSIGHTS & OTHER THOUGHTS of Glenda S Wallace
Helping Clients Tell Their Stories Since 2001
All Rights Reserved c) 2017.